This week is a special one: it’s the 200th edition of this newsletter, and also my first anniversary as the curator. To celebrate, I have pulled out our three most popular articles and our three most popular guides, in case you missed them the first time around. We’ve also got views from several industry leaders on the state of API security in late 2022, and — most importantly — news of our giveaways running weekly through September.

Before diving in, I would like to thank a few people that make this newsletter what it is today:

Without further ado, here are the details of the prize giveaway for the first week: all you have to do to enter is to create a social media post on Twitter or LinkedIn mentioning this newsletter and tag me (@colindomoney) in your post. We’ll choose the winner based on originality, creativity, and impact, and will announce the winner and the prize next week. Get those thinking hats on and get posting! If you’re running an API security project, feel free to tag that in as well.

We’ve had some fantastic articles in the last year, and it was hard to pick the top three. However, based on the reader engagement and value to the community, I’ve picked the following:

Aside from news on API vulnerabilities, guides on API security are also a recurring topic in this newsletter. Again, based on the reader engagement, the following stand out:

Views from the industry experts

Here are some quotes from some of the well-known names in API security on where they see API security to be at and where it seems to be headed (and perhaps a bit about this newsletter, too): 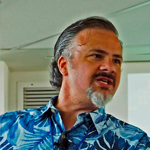 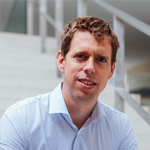 “From my work training and advising developers, I get to meet a lot of different people, and see a lot of different approaches. One key observation is that lots of teams struggle with insanely complex systems and solutions. In such an environment, security becomes difficult and unmanageable. The teams that do well focus hard on keeping things simple, which often requires extra effort to get there. Looking forward, I’m optimistic about where we’re going. Increased security awareness and better tool support will hopefully make it possible to build more secure applications. Congrats with the 200th edition!” 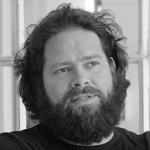 “The state of API security leaves many of us in the industry with a lot of anxiety each day, but with more discussion and sharing about why API security matters we will be able to collectively realize a more stable and secure future — making the APISecurity.io newsletter THE most important newsletter out there when it comes to the reliability, stability, and trust of our enterprise operations.” 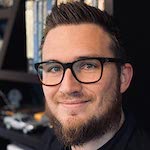 “One of the final recommendations in the Hacking APIs Workshop was to subscribe to said [APISecurity.io] newsletter for the latest and greatest API security news!” 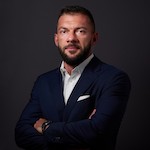 “We think that API security is a very hot topic right now. FORTBRIDGE has had a lot of success in engagements where APIs were involved, as evidence you can check out our research on hacking the Yunmai smartscale which was one of our most popular research articles. And there’s more API stuff waiting to be published with big vendor names.

We’ve also noticed that APIs are a great target and tend to be vulnerable in general to more obscure classes of vulnerabilities such as HPP(had great success with this one;)), mass assignment, info leaks etc. As a pentester you have to think a bit outside of OWASP TOP 10 if you really want to be successful at hacking APIs. We think that APIs will continue to be a great target, companies are catching up when it comes to this topic. One thing remains constant though, a combination of proper security tooling & highly skilled pentesters is required to secure APIs.”

According to the advisory, the affected product is the Bitbucket Server and Data Center (versions released after 6.10.17, and up to 8.3.0). The usual guidance applies — update to the latest version of the software as soon as possible.

OAuth2 is an ever-popular topic with readers, and this week we have a great article from Hashar Mujahid covering a gentle introduction to OAuth2, followed by a tutorial on how to exploit poorly implemented instances of it.

If you are interested to learn more, it’s possible to get hands on and do the lab exercises yourself, thanks to the good folk at PortSwigger.

HelpNet Security has covered the recent PostMan “2022 State of the API” report and included their warning that API security incidents are now occurring at least once a month.

The key findings from the report are:

The report’s key recommendation was to shift-left with API security – I couldn’t agree more.

Finally, Traefiklabs has published their recommendations for the top five best practices  for protection, resilience, reliability, and scalability of APIs.

Their top recommendations are: