This week, we have Microsoft Power Apps demonstrating the dangers of lax default settings for data exposure, yet another Broken Object Level Authorization (BOLA/IDOR) vulnerability on the Topcoder portal, the newly release RFC 9101, and a guide to hacking APIs.

The big news this week is the data breach at the Microsoft Power Apps platform, leading to the disclosure of up to 38 million records with Personally Identifiable Information (PII). The details range from names and email addresses to COVID-19 vaccination status, and even Social Security numbers. The breach was discovered by researchers at UpGuard, who detail the underlying issue, the entities impacted, and the response from Microsoft in their recent blog.

Researchers discovered that an OData API that Power Apps used for accessing data publicly exposed sensitive user data which should have been private. The access to data is controlled with the setting called table permissions, which can be set to restrict access to sensitive records. Unfortunately, Microsoft had opted to switch off table permissions by default, meaning that they were publicly accessible unless users realized to switch it on. Microsoft did warn users on the impact of leaving this setting off, but as the breach shows, this might not have been the best call:

Upon their discovery, UpGuard notified Microsoft about the issue. The initial response was that this public accessibility was by design, not a vulnerability. Not the first time we see this excuse with reported API vulnerabilities, often dressed up in the guise of “improved user experience”.

UpGuard then proceeded to notify the impacted entities, many of whom took swift action to remove the leaked PII data. To add insult to injury, many core Microsoft portals were also affected, and subsequently Microsoft appears to have notified impacted government cloud customers of the issue.

Since the disclosure of the breach, Microsoft has changed their stance here:

The lessons learned here include:

In other vulnerability news this week,  we have the write-up and vulnerability disclosure (scoring a bounty for the researcher) on a BOLA vulnerability in Topcoder, a crowdsourcing company with a community of designers, developers, data scientists, and programmers.

BOLA is the number one issue on the OWASP API Security Top 10. Poorly implemented access control allows an attacker to assume the identities of victims and access resources belonging to them by manipulating the object identifier. 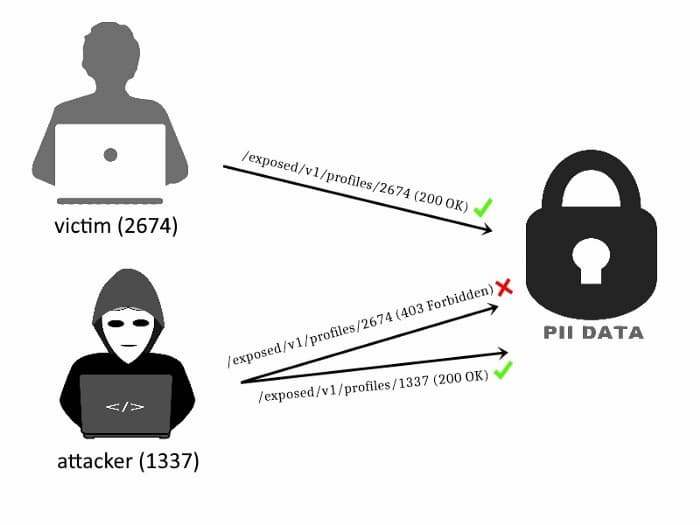 The researcher describes the exploit as follows:

The lessons learned with this one:

This week also saw the publication of the OAuth 2.0 JWT-Secured Authorization Request (JAR) specification as RFC 9101. This is another one in the series of RFCs bringing OpenID Connect-defined functionality to OAuth 2.0.

OAuth 2.0  and OpenID Connect are currently considered the most secure methods of authentication and authorization in API security. It comes therefore as no surprise that among other applications, this specification is also used by the OpenID Financial-grade API (FAPI).

Tutorials are always welcome. Luke Stephens (aka hakluke) and Farah Hawaa have teamed up to create a guide on how to hack APIs in 2021.

The guide provides an excellent (and humorous) foundation into the growing need for considering API security right from the start. The advent of Single Page Applications (SPA) driving the proliferation of backend APIs is one important drive for this.

The guide covers, for example:

Of particular use for players on the defender side are the remediation guides, offering clear and actionable advice for protecting APIs.

Highly recommended for both red and blue teams alike (or whatever color your jersey might be)!