This week, we have an article on seven reasons why API security strategies are failing, details on the recent keynote by Werner Vogels at AWS re:Invent on six rules for good API design, an article by Cisco on API discovery, and a review of some of the biggest API security attacks in 2021.

This week, AmazicWorld featured a review of why API security strategies are failing to have the desired effect. The author’s view is that whilst developers are well-versed in how to create APIs, security risks that APIs pose are an increasing threat to organizations. These risks are in large part a consequence of rapid API adoption: the sprawl of APIs is widening the threat landscape, and the fact that APIs are well-documented and can be easily reverse-engineered enables attackers to take advantage of them.

There are no easy solutions to many of the topics addressed — the best advice would be to start with gathering a comprehensive API inventory and upskilling the development teams.

Last week saw the annual AWS re:Invent conference, during which the AWS CTO Werner Vogels gave prominent focus to the importance of good API design, as covered by the NewStack. The talk also highlighted a new AWS offering called Cloud Control API, which acts as a unified control for API resources not only on AWS but also from 3rd-party providers.

Of interest to API practitioners are the six best API design practices identified by Vogels:

Many of these are self-evident to readers of this newsletter, but it’s nonetheless encouraging to see APIs receiving prominence on the big stage. 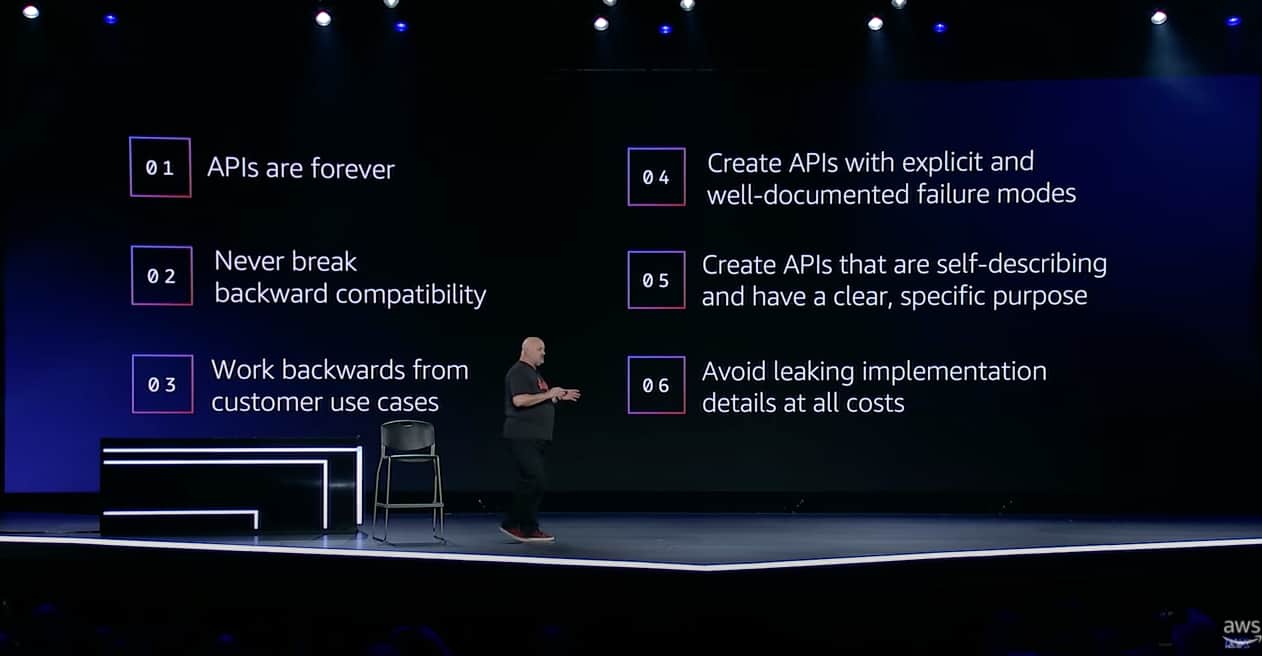 In our issue 155, we covered the new APIClarity product being developed as a joint collaboration between Cisco, 42Crunch, and API Metrics. This week, Techrepublic featured the views of Cisco’s Vijoy Pandey on the challenges faced by organizations in being able to comprehensively produce an inventory of their API estate. A key takeaway from Pandey is this view on the importance of the OpenAPI Specification (OAS):

First up is the Parler API hack in January (featured in our issue 116), in which over 60 terabytes of data was leaked affecting 10 million users. Another big one followed in April with the Clubhouse leak (our issue 129), where over 1.3 million records were leaked. In July, the LinkedIn API breach ( issue 140) affected 700 million users and was attributed to inadequate API security practices. Last on Security Boulevard’s list is the NoxPlayer API hack, which we covered in our issue 119.

The key takeaway clearly is that API security is likely to be an ever-increasing concern as API adoption continues to burgeon and attackers focus their efforts on this seemingly vulnerable target.