This week, we obviously have to discuss the hundreds of millions of Facebook and Clubhouse user profiles that were scraped using APIs. In other news, Forrester has published their fresh and insightful report “The State of Application Security”, and there’s a new online training “Building an Identity Architecture for APIs”.

The biggest recent data leak news is the huge database of 530 million Facebook users that was made available. Facebook has made an official statement on the incident, downplaying it because the data was “scraped” already back in 2019 using Facebook’s APIs, rather than obtained through some sort of database access or another “direct” hack.

The vulnerability that attackers exploited was in the API that Facebook created for discovering friends based on the contacts in your phone. Facebook wanted to make it easy for users to find their friends on the social network, so the Facebook app used an API to upload the contacts from users’ phones to Facebook and fetch the profiles of users matching the uploaded phone numbers.

Sounds nice and user-friendly, but as so often happens, making things easy can also make them less secure. Attackers took advantage of the feature by generating huge “phone books” and submitting them to the API. After all, phone numbers are just a sequence of numbers following a set syntax: country code, area code, and a seven-digit number. Thus, iterating through them is not difficult.

This allowed scraping the user database and collecting a huge dataset of personal details, definitely something that should not have happened and should probably have been foreseen. After all, attackers are a very resourceful bunch. Now, with the publication of the scraped dataset, the information on names, Facebook IDs, phone numbers, and email addresses of 530 million users (including Mark Zuckerberg himself) has ended up in the public realm.

Naturally, with a high-profile case like this, a lot of researchers have been looking into the details. For example, check out this thread by Ashkan Soltani.

Let’s try to summarize the impact:

Look at it whichever way you want, Facebook is definitely not appearing in a good light here.

Lessons learned from this bad example:

Another popular social network, Clubhouse, had a similar leak. 1.3 million user profiles got publicly posted, and — sadly — with a very similar reaction: 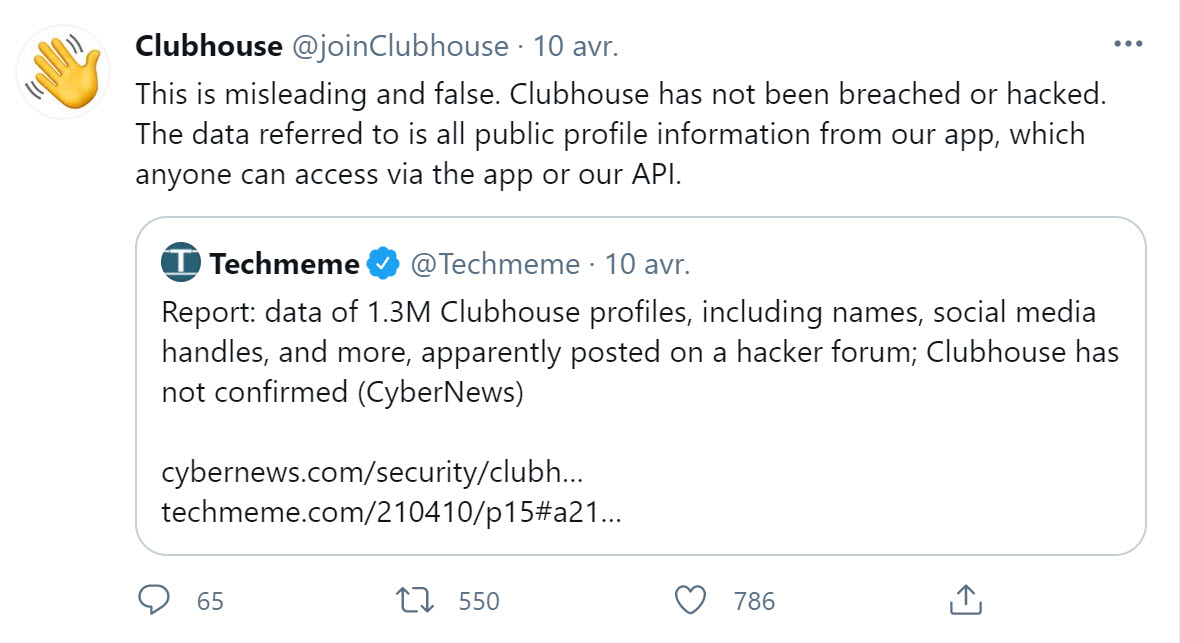 As we just discussed, the fact that APIs were used to retrieve the information does not change the impact (and vendor responsibility) in any way.

As with Facebook, there’s a lot of good analysis of the Clubhouse story too. For example, read this thread by Henk Van Ess.

The impact, too, is quite similar to Facebook’s case:

Lessons learned are more or less the same or similar as with Facebook, with one extra:

Sandy Carielli and the team at Forrester have published their report “State Of Application Security, 2021”. If you do not have a Forrester subscription, you can find a pretty extensive summary of the report in Ayala Goldstein’s blog post.

Just a few key facts from the report:

Other recommendations that the report makes:

There’s a new free online course from Michał Trojanowski from Curity on Building an Identity Architecture for APIs.

If this is up your alley, do check it out.